The physical part of my running 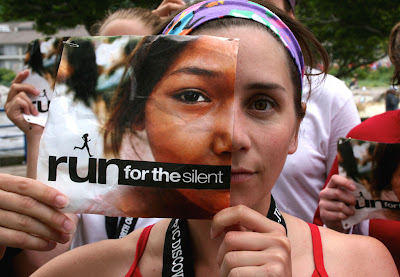 So, I am running again. I took several weeks off after my first half marathon but am back in the saddle and in training again.

My church, The Rock of KC, is encouraging people to run in the Kansas City Marathon in October. We are running to bring attention to an organization that my church supports called For the Silent.

For the Silent is an amazing non-profit organization who helps to support the 1.2 million children who are brought into sex trafficing each year. Human trafficking is the 2nd most profitable crime in the world and last year accounted for $32 Billion in “profit”. That is more than McDonalds, Nike and Google made combined!!!! Isn’t that just a tummy turner??? Did you see the movie “Taken”? Chilling.

If you have any desire to donate to a great organization like “For the Silent”….I have a friend who set up an easy way to donate by going HERE. Bless you for even considering.

Back to my race. The KC Marathon has a full marathon, a half, a full relay and a 5K. I am running in the full marathon on a relay team of 5 super women and can’t wait!!!

Since I know many people who are running for the first time…. and since I have 2 adorable friends who are running their first half marathon in San Fransisco this weekend, I thought I would do one more blog post on running….hitting on the physical things that I discovered. I will restate that I am not even close to an expert, but I can tell you what I learned and what worked for me.

Race day necessities for me:

I eat a spaghetti dinner the night before every race.

My race day breakfast is coffee and 2 slices of peanut butter toast with a sliced banana on top. Apparently this was one of Elvis’s favorite snacks…. who knew?

You need a good bra. You get what you pay for! Invest in the breasts ladies!

Chapstick!! My lips get so dry! I will take lipstick with me the next time. Call it vanity. I call it being ready for pictures at the end. =)

Sunglasses. I had to try out several pairs before I got comfortable in one pair that neither slid down my face nor fogged over.

I take a handkerchief on every run. Is that weird? Apparently I am the only person alive who has to blow her nose when she runs.

I run with my cell phone always. I usually stick it down in my sports bra. I text while I run… I multi-task like that! During my half marathon, I would whip my cell phone out of my chest and snap shots or text my hubby. It was hilarious! Clearly, the die-hard runners do NOT do that.

(cell phone picture at start of the race)

Gum. I have gotten used to having it. It helps my mouth from drying out.

My training was in the winter and spring, so I did not run with water until my runs were over 7 miles long. Then, I set a water bottle out on my course so that I could grab a swig and go. During these hot summer months tho, you pretty much have to have water on you. I ran a 4 mile course last weekend and got terribly sick from dehydration or heat exhaustion. I ran out of water after mile 3 and I think it really affected me.

I ran my half marathon in running capris. I know some women love running shorts. But my legs don’t look like a Victoria’s Secrets model…. and it was still cool out, so I wore capris. Right now it is too hot for capris…so I wear shorts. There is always a fine line with shorts between what is comfortable/what is cool enough in this hot weather? If you find you have problems with chafing/rubbing…. invest in some runner’s “Body Glide”. I have not used it, but they say it’s like Vaseline without the grease. 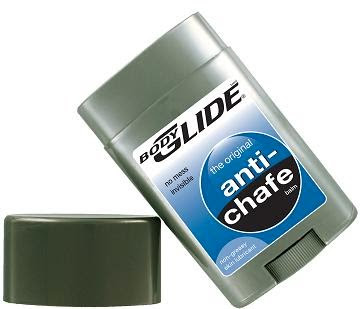 I got an MP3 player for Christmas last year. It changed my running life. I had no idea music could make pain so much more bearable. And I only put songs on it that I really love. I did have it with me the day of the half marathon, but they frown upon you wearing them and I didn’t even want it. I enjoyed talking to the runners around me.

I got an imitation GARMIN last year for Christmas. I can’t understand a setting on that stinkin’ thing. I may list it on EBAY. It’s never been used. I use my cheap Target stopwatch every time I run. Remember that line in Shrek…. “That’ll do Donkey. That’ll do.”

Things that could happen to you while running longer distances but I hope do not:

Twice in my life I have felt a little bamboozled by what has happened to me physically. Once when I had my first baby. I took all the classes and read all the books, blah, blah, blah. But no one told me how my body would fall apart.

The other time I felt bamboozled was when I was training for my half marathon. So, I’m going to tell you the things that happened to me while training that may happen to you. That way you don’t feel railroaded like I did.

I did have issues with shin splints during my training. However, I took my shoes in to the running store and they convinced me I needed new ones (even tho’ the old ones were only a year old) and they explained to me that if you run on the street (which I do), one leg is usually lower and running by the curb. I bought new shoes and changed sides of the street on occasion and never had shin splints again.

I started to get blisters after my training got to 7 miles. It was my socks. You need socks that allow your feet to breathe. I just bought what the running store told me and I never had blisters again. Best $8 I ever spent.

Did you know you can get hemorrhoids when you start to run longer distances? Yeah, I didn’t either. Ain’t that about a bummer!!! ‘Nuf said. NO ONE TOLD ME THIS STUFF!

You may be hoping to drop a few pounds while in training. Logic would tell me that if I run 138 miles in 12 weeks I will loose weight. Nope….I gained 2 pounds in training. GGGGRRRRRRR….I hate to burst your bubble, but did want to tell you what happened to me.

I did have a knee start to bother me during the end of my training. Ibuprofen, Bio-Freeze, ice and rest all helped. I was icing my knees the night before the race. In the words of my friend Becky who was quoting Jillian Michaels…”your tell your body what to do…it doesn’t tell you”.

(icing my knees the night before my race)

I did have one run in my training that they calling “bonking”….essentially you try to run and you feel as if you have never run before in your life. I wanted to die it was so miserable. I bonked on a short 4 mile run. I’ve heard this is totally normal and the best way to handle it is to get back on the horse the next day! It’s a mental challenge that you’ll just have to get past.

You can loose toenails….you are gonna have to keep them short if you are running a lot. Thank goodness this didn’t happen to me, but it happens to many a runner.

As you get closer to your race day, it seems like your mind will begin to play tricks on you. Is that an ache? What if I trip and fall? Do I feel a cold coming on? That sort of thing. Totally normal….try to relax.

Are you freaking out about “bathroom stuff” during your race? Yeah, so did I. The good news is that they will several port-a-potties along the course. And even tho I drank at every water station, I never had to use one. I was so worried before my race wondering if I had time “to go just one more time??????”. I really think adrenaline will help you hold it! Ha!

During the race, I took the advice of many friends and ate 2 “GU’s” (see below) during the race. I am so glad I did…..I felt terrific at the end. So good in fact that I didn’t really eat after the race. I came home and folded laundry. And then my husband left for work. And then I was in the fetal position in the bathroom for 2 hours. I had someone warn me that it’s easy to have tummy issues after a half marathon and after eating the GU’s. Let me warn you now. YOU HAVE TO EAT AND DRINK AFTER YOUR RACE. I was so, so, so sick until I ate and drank. Literally….felt like I was hit my a mac truck. Learn from my mistakes. 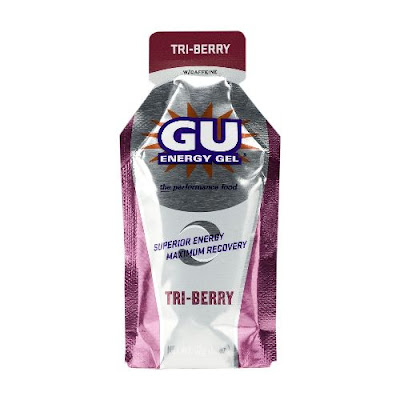 Wow…. after that little list, don’t you just want to run out and take up running?

Hahaha….it’s a weird thing this sport.

Good luck this weekend in your half marathons to my friends Christie and Ashley. I’m so proud of you ladies! You have done the work; enjoy the payoff!!!!

What’s new at my house…

One way to fill your children’s emotional tank 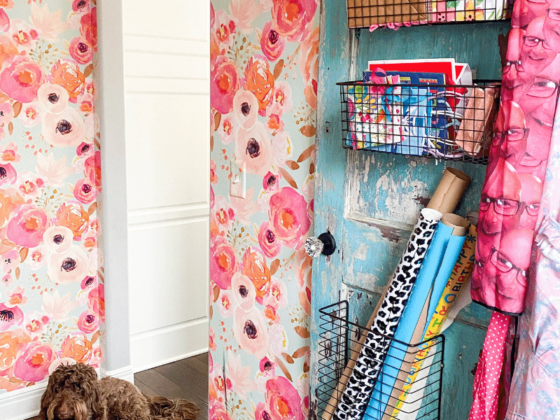